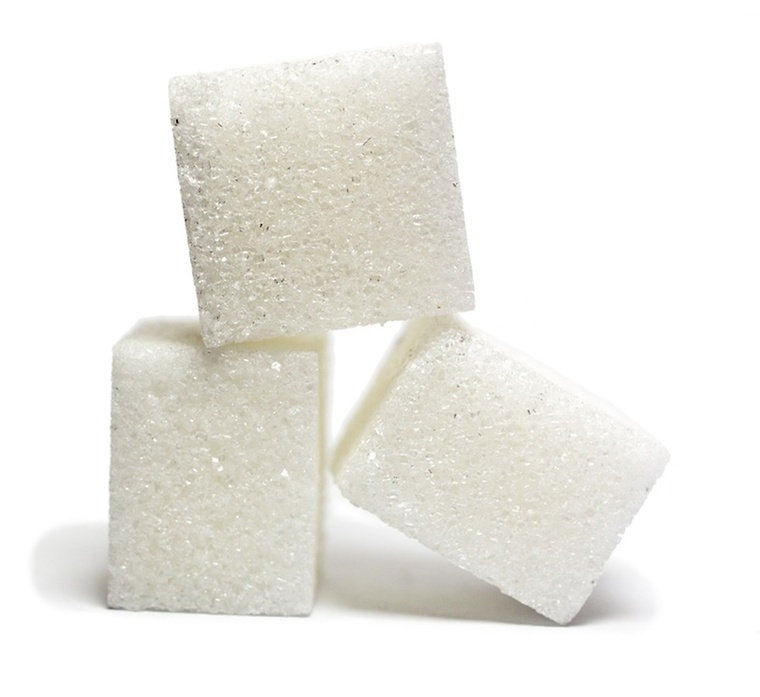 In certain individuals obesity is inherited, and is a consequence of mutations to a person’s DNA, which is received from their parents. The affected individual possesses an insatiable appetite, which leads to a rapid gain in fat tissue.

The rapid gain in fat tissue can be directly associated with decreased levels of a blood-circulating hormone known as leptin. Leptin is released from fat cells and acts as a stop-eating signal when it reaches a particular brain region, known as the hypothalamus. This is essentially what produces the sensation of being full i.e. reduced appetite. Therefore, leptin deficient animals live in a constant state of hunger, as their fat cells have no way of telling the brain the body has had enough intake.

Intriguingly, new research shows leptin can influence the ‘good feeling’ we get from eating natural sugars (as opposed to artificial), indicating leptin levels can adjust the preference for one sugar over another, at least in mice anyway.

Replacing leptin in people with leptin deficiencies prevents exaggerated liking of food and therefore leptin replacement therapy is a potential treatment for people who are obese as a result of leptin deficiency.

An experiment in mice was conducted to assess the ‘reward value’ of different sugars. Two identical feeders, 1 containing sucrose (natural) and the other containing sucralose (artificial) were used. The sucralose feeder was attached to a laser directed into a particular brain region of the mice.

Using a cutting edge technique, known as optogenetics, the scientists were able to stimulate the brain cells to activate in response to light transmitted down the laser when the mice drank from the sucralose feeder. The activation in the brain area by the laser is associated with a greater reward when consuming natural sugars, as opposed to artificial sugars. Therefore, if a sugar has high nutritional value, this certain brain area is activated, creating a feeling of reward.

In this experiment, mice that had received leptin replacement therapy no longer preferred the sucrose, indicating re-establishing leptin levels decreases the reward value of natural sugars. Instead the mice chose the sucralose coupled to the laser activation of the brain. This is because replacing leptin reduced the ability to activate the reward feeling, which was instead activated by the sucralose-associated laser.

To summarize, this experiment showed that circulating levels of leptin influence the level of reward we perceive when consuming natural sugars, and the magnitude of this sense of reward correlates with increased activity of cells in the associated brain region! An interesting example of how completely distinct areas of our body are communicating with each other.

Ryan Maguire is an MRes student at the University of Nottingham. A music enthusiast, lover of blueberries, and part time tea connoisseur.